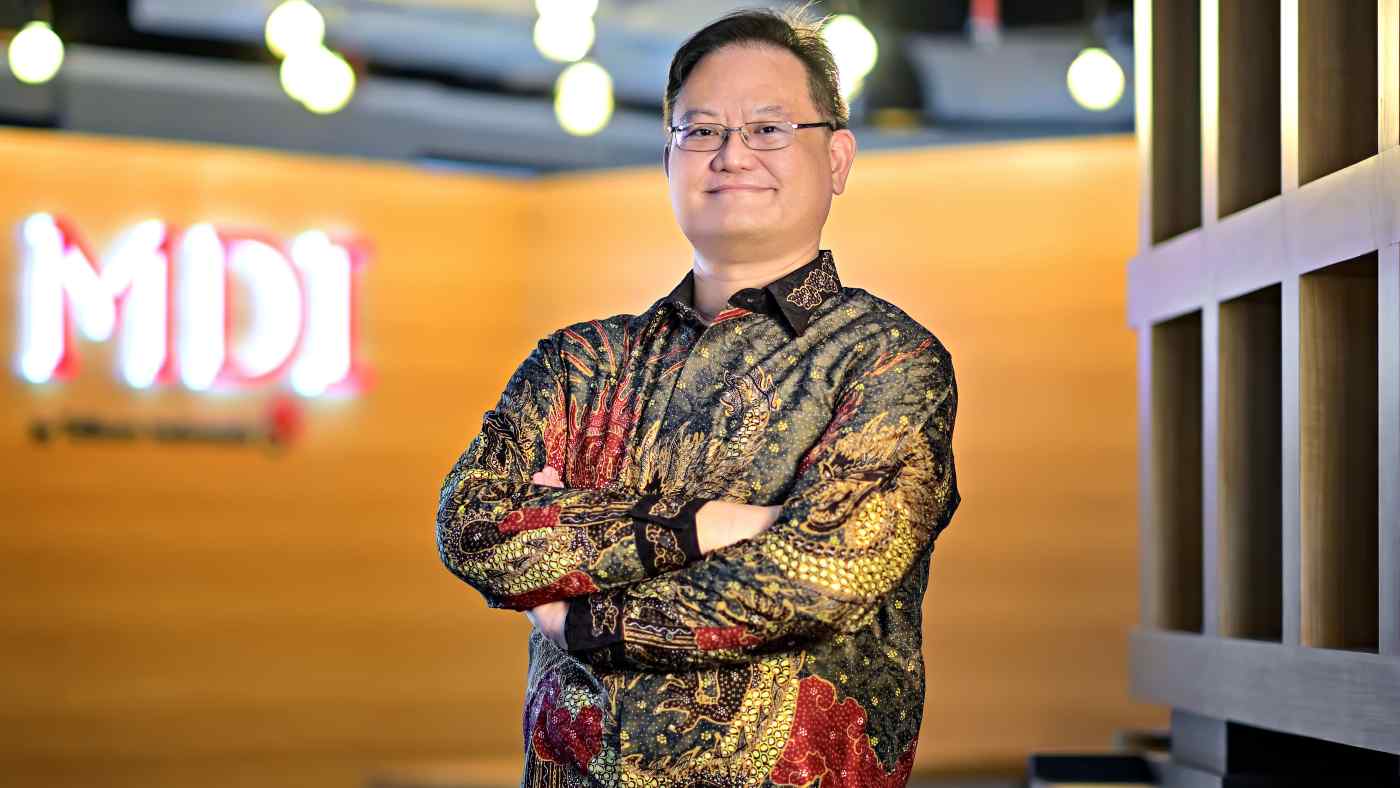 Indonesia's biggest telecom company is pivoting from its traditional core business as the nation's economy is transformed by private technology unicorns -- startups valued at over $1 billion -- making inroads into sectors such as transportation and finance.

"We position ourselves as a bridge between the proven innovations that we have seen the tech sector able to bring, and the business opportunities and needs that are in the state-owned enterprises, but also the technology needs of the entire Indonesian government," Donald Wihardja, CEO of MDI Ventures, Telkom Indonesia's venture capital unit, said in an interview on April 21. MDI this year plans to put up to $5 million into each investment in early stage startups and as much as $30 million per investment into companies that are already growing. Previously MDI was investing less than $3 million in the former and $20 million in the latter. Wihardja said that MDI's investment "mandate" for growth stage funds is "companies where the valuation is 50 to 100 million [dollars] and above."

MDI has so far invested in over 60 startups. More than half are based in Indonesia, including online peer-to-peer lending platform operator lender Amartha and TaniHub, which offers a range of services to farmers from funding schemes to a marketplace for selling produce.

And while investments primarily focus on Indonesian startups, MDI is also looking for foreign companies that are planning to operate in Indonesia.

The coronavirus pandemic has accelerated digitalization as demand for e-commerce and delivery services has surged in Southeast Asia, pushing investors to seek opportunities. In April, Indonesia's largest startup GoTo Group made its market debut on the Indonesia Stock Exchange. Singapore-based rivals Grab and Sea are listed in the U.S.

GoTo's share price has dropped almost 29% from its initial public offering price since it started trading on April 11. Grab and Sea have also slumped. Nasdaq-listed Grab has gone from an implied valuation of about $40 billion at listing in December to a market capitalization of $11 billion. Sea, listed on the New York Stock Exchange, reached a market capitalization of $200 billion last year, but that has fallen to $46.3 billion. In Indonesia, e-commerce company Bukalapak has also seen its valuation drop after listing.

The broader telecom business in Indonesia has faced upheaval in recent years. In addition to a shift away from traditional fixed line telecommunications at home, consumers have been enjoying unlimited use of apps for free messaging and calling.

Telkom Indonesia's groupwide total telephone revenue fell about 24% in 2021 from the year before, while the data and tech service sector grew by 8.5% during the same period.

Until now, Telkom Indonesia has been best known for its main business unit, Telkomsel, the country's largest cellular carrier. But in a big priority shift, the group is now taking steps to increase revenue from the digital technology sector.

"We should move to digital because [the] customer is going to digital," said Sandhy Widyasthana, chief operating officer at MDI Ventures. "But it is difficult to develop our own product by ourselves."

He added that developing new technology independently "takes time and quality may be not as good as our competitor[s]. So that's why we started to open [our] mind to invest in startups."

Meanwhile, many digital businesses in Southeast Asia such as GoTo are still facing challenges to become profitable.

Widyasthana is aware of the risks.

"Maybe startup[s] can bring failure to Telkom group," he said, though he stressed the state-owned company can still borrow their technology to develop group products. "Their product[s] can be used by Telkom to serve for [our] customer[s] or they can help Telkom itself to make some cost efficiency."